Making its debut back in 2002, Viljandi HC has been a regular participant of Baltic Handball League since 2014. Twice a quarter-finalist and a bronze-medallist of the second-tier Baltic Challenge League, the club is looking to make a step forward again after few seasons of modest results.

Viljandi HC was officially formed in 1991, but handball in the Southern Estonian city can be traced back to the times of World War II. Two German army teams played an exhibition match in 1941 and the locals picked the new sports up very soon.

It has never been easy to compete with some strongholds of local handball, Tallinn and Tartu in the past, Põlva and Kehra in recent decades, but Viljandi has always been close to the top. Especially since legendary coach Lembit Nelke moved to Viljandi, the city and the club has produced numerous international players and even today six Viljandi-born national team members are playing abroad.

“Handball has strong roots in Viljandi and it is the consistency that has kept us at the top or close enough for decades. With Endel Lõks before and Nelke later we also had some fanatic coaches and promotors of the sport, so the popularity of handball is still strong,” found Viljandi HC’s head coach Marko Koks the reasons beind Viljandi’s success.

Viljandi HC first participated in BHL back in 2002/03. It took more than ten years before the next appearance, but since 2014 the club has been a regular. They finished third in the 2014/15 Baltic Challenge League and reached quarter-finals of the BHL in next two seasons. In the last three years however, Viljandi has won just three matches out of 30.

“With the Estonian cup win in 2014 and silver-medals in 2015/16 the very strong team we had fall apart, as so many players left. That included young players like Karl Roosna and Karl Toom leaving for Germany, so we basically had to start building up a new generation of players again,” explained Koks the recent decline in results.

“I believe we are again on the rise and today possess a good mixture of experienced players and youngsters, who are 16-18 and coming up strongly. New BHL format and the composition of teams is definitely good for us and we are very much looking forward to the season,” said Koks.

“We started back in July and have already been training with the balls for two weeks, which is the earliest we have ever done. But the season starts soon and we need to be ready. In the coming weekend we can test ourselves for the first time, as we participate in the traditional Põlva Cup,” added the head coach of Viljandi.

The team lost their left wing Andrey Khapal after three years at the club, as the Belarussian joined North-Macedonian side GRK Tikveš. More responsibility will be given to the talented 2004-born group, but some newcomers are still possibly arriving, as the search for left-handed players goes on, according to Koks.

On photo: Viljandi HC is happy with the new format of BHL and hopes to make another step forward in their development. (Photo: Helin Potter). 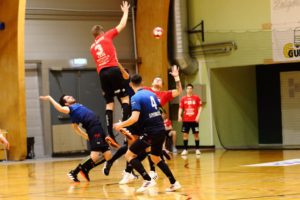 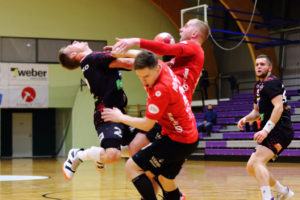 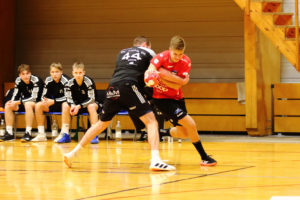 Baltic Handball League closes the last game-weekend of this year with 11 games. An interesting game is expected on Saturday in Põlva, where Põlva Serviti is hosting ZRHK Tenax Dobele. 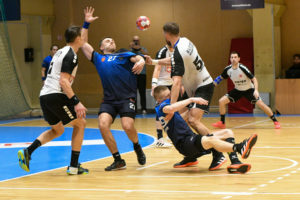 One more set of four games has been played. HC Vilnius and VHC Šviesa took all four points from both Latvian teams – HK Ogre and SK Latgols Ludza. ZRHK 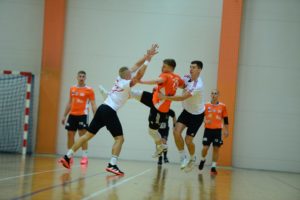 Four games have been played today, three of them in Latvia, but only one Latvian team managed to win – ZRHK Tenax Dobele. In Estonian derby SK Tapa secured their 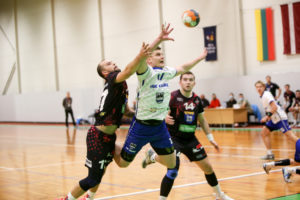 After the EHF European Cup break, Baltic Handball League is back. Unfortunately, neither of the two BHL teams did not qualified for the next round of EHF European Cup. Latvians