The glory days of Granitas-Karys Kaunas may for now be in the past, but there is no doubt, this club is the most famous and successful team taking part in 2020/21 Baltic Handball League season. IHF Cup winner, 17-time domestic champion, five-time BHL winner and Soviet Union champion – no other club in BHL can match those achievements.

However, in recent seasons the success has not come so easily. Last title for Granitas-Karys is the Lithuanian Cup win in 2018, in the last finished season of 2018/19 the record champion lost to Varsa-Stronglasas in third place play-off and was also lying fourth in the regular season standings in March, when the pandemic hit the world.

Reaching the Final Four back in 2015/16 is the previous BHL success and in last two seasons, Granitas-Karys has missed out on quarter-finals. For the new season in a new format, the club with illustrious history since 1959 is looking forward to.

“We are happy with the new format, it is the real Baltic league – only clubs from our three states and in a league system. So far it seems it is also going to be very competitive with teams more or less on equal level and this can only develop the players. Of course, we are worried about the effects of COVID-19, but we have to take it day by day,” said Granitas’ president Algis Mikučionis.

Granitas-Karys has made quite significant changes after finishing fourth in Group B of the regular season 2019/20. After ending a long and successful career abroad, former Lithuanian national team captain Vaidotas Grosas has taken over as head coach and several new players have been signed.

“Our local rival Kauno Ažuolas-KTU withdrew, so we took six players from them and in addition several youngsters have joined the team. 18-year-old line player Andrius Montvilas with his height of 207 looks especially promising,” put Mikučionis up a name for the future.

In Klaipeda-tournament last weekend – where Granitas-Karys finished fourth – one of the newcomers Arminas Stankunas was already very productive and showed the 112 goals he scored last season for Kauno Ažuolas-KTU, was no accident. The only key player the club has lost is a prolific scorer Modestas Štarolis, who joined Italian side Eppen Löwen.

“Team is complete, but as we said in Klaipeda – we have the team, but not yet the handball we want to see. The pandemic has not only hit the club hard on financial side, but it is also affecting players mentally. So we hope to overcome this and looking forward to a successful season,” added Mikučionis. 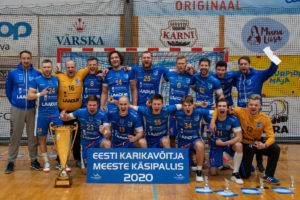 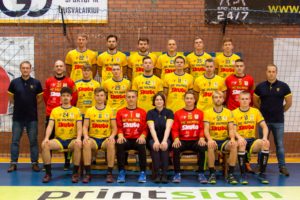 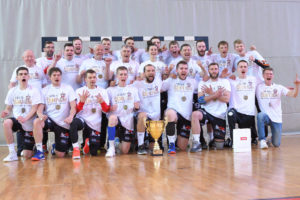 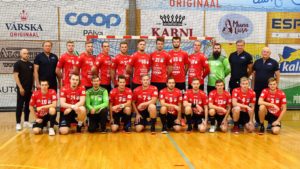 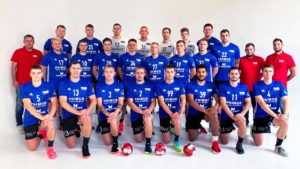