Besides two clubs making their debut in September, 2020/21 Baltic Handball League season will also be welcoming back a team after a very long absence. Former Lithuanian champion Varsa-Stronglasas Alytus is returning to BHL after almost 30 years and will be the southern-most team in this season’s competition.

RK Varsa Alytus was founded already back in 1979 and took part in BHL’s first-ever season in 1990/91, but became a more serious power in Lithuanian handball in the last decade. In their second – and so far last season – in BHL, Varsa finished third in the second division, as in 1991/92 the competition was played in two divisions.

“We have won a ticket to European competitions almost every year, but for a semi-professional team it would have been difficult. Now we hope new-look BHL is the best format for our team to develop,” explained Egidijus Petkevičius, the president and head coach of Varsa-Stronglasas.

The club won the first Lithuanian medal in 2010/11, then finished twice runner-up before claiming the domestic title in 2015/16. Varsa-Stronglasas followed it with a Lithuanian Supercup win in 2016. Once they did take part in EHF Challenge Cup, losing to Croatian side RK Sisak in the opening round in 2011/12.

“Our return to BHL can be seen as symbolic new step after the strange and difficult times of the pandemic. We hope matches against our Baltic neighbours will give us more motivation and important experience, especially for younger players and products of Alytus Sports and Recreation Centre,” commented Petkevičius, himself a former BHL-winner and goalkeeper with EHF Champions League experience.

Alytus has produced numerous national team players over the years, including one of the best known names of recent seasons in BHL. Gintaras Savukynas guided Finnish side Cocks Riihimäki to three consecutive BHL trophies in 2017-19, before leaving to take over EHF Champions League club HC Motor Zaporozhye.

Today’s Varsa-Stronglasas is a good mixture of youth and experience. Former internationals like Remigijus Čepulis and Aurelijus Sabonis providing the latter, while Žygimantas Micevičius and Nedas Buronko representing the new waves of talents.

“We are still a semi-professional team. Our players are students, specialists, managers or workers in factories, including at our title-sponsor Stronglasas. We will prepare for the new season in two serious tournaments, at Klaipeda this weekend and then in our traditional Jonas Jonuška Memorial in Alytus,” said Petkevičius. 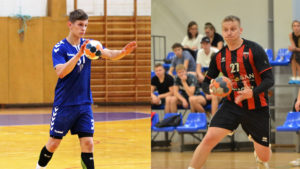 Eight games in the Baltic Handball League were played during the weekend with Latvian and Lithuanian teams playing once and Estonians having two matches. The biggest winner of the weekend 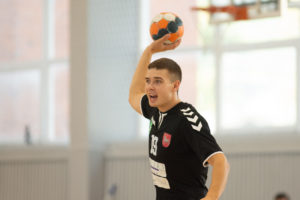 Due to travel restrictions BHL turns domestic this weekend

Scheduling Baltic Handball League matches has never been so difficult, but Baltic Handball Association is doing its utmost to keep the competition flowing. Due to travel restrictions and COVID-19 threath 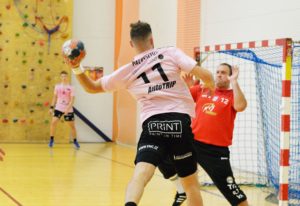 Tenax remains the only unbeaten side after four games

Weekend marathon of twelve matches in Baltic Handball League produced more or less everything – high level handball definitely, but also some very tight matches, one big surprise and some