The Baltic Handball League (BHL) season will begin this weekend with 9 matches. Weekends matches will be hosted by Tallinn, Polva, Tapa, Kaunas and Klaipeda.

This is the third season when all teams are only from Baltics – five Estonian teams, four Lithuanian teams and three Latvian teams. Viljandi HC will depend championship title. This season there are three new teams joined BHL – HC Amber, ASK Zemessardze and HC Tallinn.

Kalmer Musting (Polva Serviti):
“It is hard to predict who the favourite is in this match. In the pre-season friendly in Klaipėda we lost against Dobele. But both teams did not have full rosters. Last season, we shared a win in two BHL matches with Dobele. The home team won. Home walls and your own spectators help a lot. Fans give strength to their team and make the game harder for the visiting players. It determines a lot who the winner will be.”

Sandris Versakovs (Dobele):
“The season is just beginning and it is difficult to predict the capacity of the teams. We won against Polva in a friendly, but that does not mean anything. Every point is important for the BHL. Therefore, it will be a very difficult away game. Polva is one of the favourites to reach the Final Four. For several years now, we have also been wanting to enter the Final Four, so we have to collect points with all the teams.”

Sunday’s TOP match will take place in Klaipėda. Viljandi, the BHL champion of 2022, will play against Dragūnas, the champion of 2021.” Viljandi won all three matches against Dragunas last season – twice in the regular season and in the semi-final.

Marko Koks (Viljandi):
“I would give the title of favourite to Dragunas, which is playing well at home. Dragunas has already played two games in the EHF European Cup. We have only played a couple of games in the Estonian championship and still lack playing experience. The opponents will have a lot of motivation because everyone wants to beat the champions. The title of champion is always harder to defend than to win. In addition, we have a tough trip ahead of us. On Saturday, we will play against Granitas in Kaunas and immediately after the game we will go to Klaipeda. We will face two strong Lithuanian clubs away at the start of the season.”

Gintaras Cibulskis (Dragunas):
“We didn’t have much time to prepare for the Baltic Handball League matches because we were focused on the European Cup matches. Of course, we want to bite the champions. At this point, I still don’t know 100 percent oponent team composition, so it’s hard to say who will win. There is definitely a desire to take revenge for the last season’s defeats. I think the team knows the importance of the match. A victory in this match would help in terms of points, but also psychologically. In general, every point is important. Let’s remember the last season – one lost point can decide that the team does not reach the final four. So this season we will definitely fight for every point and the team knows that very well.”

Support your team in the sports hall or watch BHL matches online: 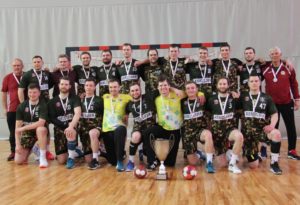 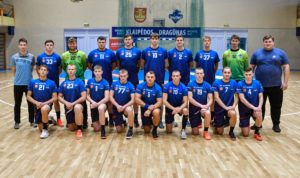 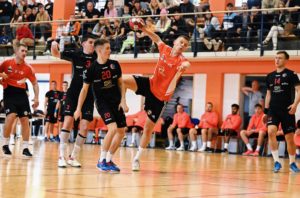 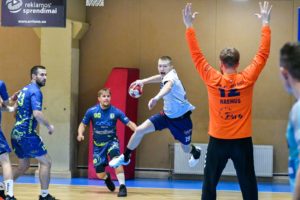 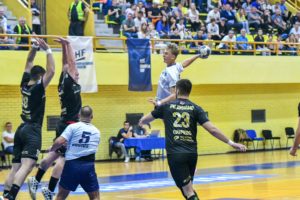 Dragunas Klaipeda and HC Tallinn were the first of the BHL clubs in the EHF European Cup competition. Dragunas met Dinamo Pancevo (SRB) in the first round. Lithuanian club lost at